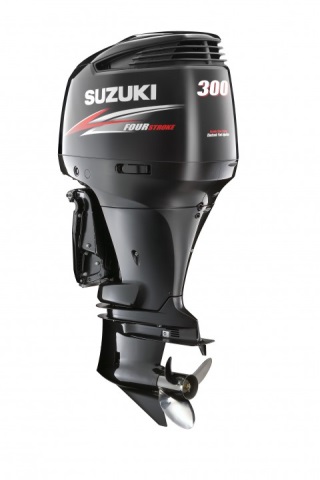 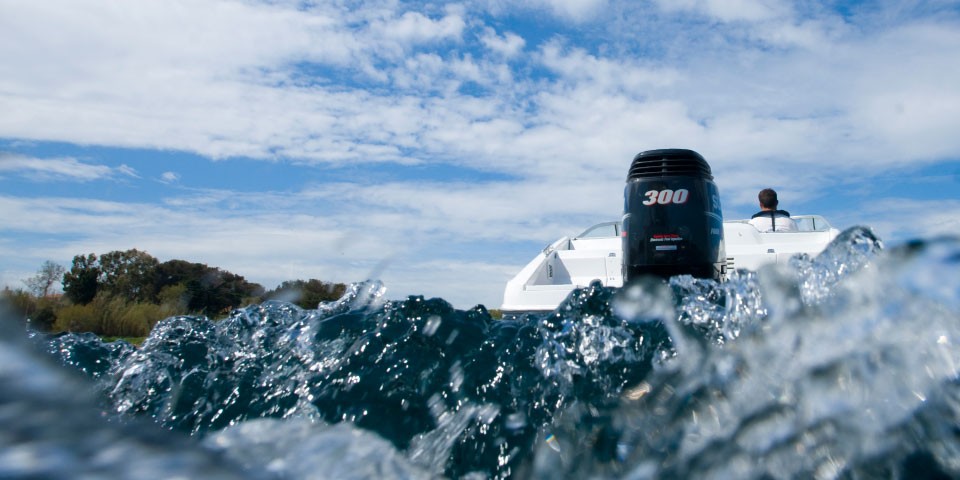 The Ultimate in Efficiency and Power.

The original, Innovation Award winning, DF300 broke new ground when it was launched in 2006. It was the very first 300hp four stroke outboard and it set a new benchmark for performance and power from a compact and lightweight outboard.

Now we have taken this ultimate outboard to the next level. The addition of Suzuki's Lean Burn Control technology and a new O2 (Oxygen) Sensor Feedback Control System provides boaters with a dramatic improvement in fuel economy as well as environmentally responsible operation, further enhancing the overall performance and value of our flagship outboard motor. In-house testing shows that while cruising, the new DF300AP is 14% more economical than its predecessor without sacrificing any of the original DF300's power.

The new DF300AP also incorporates Suzuki Selective Rotation. By strengthening the lower unit's forward and reverse gearing our engineers have designed a lower unit that will run in either right or left rotation. This world first feature was recognised with the 2012 NMMA Innovation Award.

Our flagship V6 range provides the perfect power for both leisure and commercial craft. As part of our sole supplier agreement with the London 2012 Olympic and Paralympic Games Sailing Regatta, the new DF300A Lean Burn will be used to power the press and VIP boats at the event.